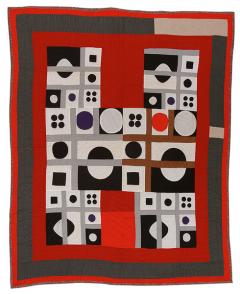 What began as an exercise in making beauty out of necessity (the quilts were historically used to keep warm at home) has become a multigenerational art form that marries spirituality, ancestral legacy and community (stitching is largely a group activity), not to mention an exceptional command of colour, form and compositional rhythm. By combining well-known quilting techniques with a specific blend of “controlled improvisation”, each maker creates something distinct and mesmeric, and every bit as complex as the European modernists who were once reconceiving line, colour and space thousands of miles away. 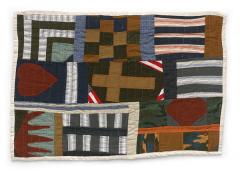 Upstart Co-Lab, a research and laboratory project of Rockefeller Philanthropy Advisors, is aiming to boost investments made in arts and culture-related industries that are designed to stimulate local economies and generate jobs.The plan is to do this with investment capital from a new 10-member coalition of investors ranging from art institutions and artists to individual funders. Collectively, this member group—which includes the U.S.-based arts institutions and foundations Souls Grown Deep, an organization promoting the African-American artwork from the Southern U.S.; BRIC, a Brooklyn-based arts and media institution; and Denver’s Bonfils-Stanton Foundation—has $1 billion in funding capacity. 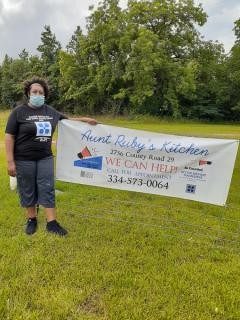 Seeking to address historic underrepresentation in Gee’s Bend, Alabama, Souls Grown Deep Community Partnership is partnering with the United States Census Bureau to ensure a complete and accurate survey of its Census tract in Wilcox County, which currently has the lowest response rate in the state. To encourage participation and enhance access, Souls Grown Deep established the Gee’s Bend Resource Center, offering the first free, public Internet access and laptop computers for the community, employing residents to staff a phone bank, and incentivizing Census completion. Since 62.5% of the rural tract’s households have no home Internet subscription, the new Resource Center also provides essential access for residents to receive economic stimulus payments from the CARES Act and register to vote. 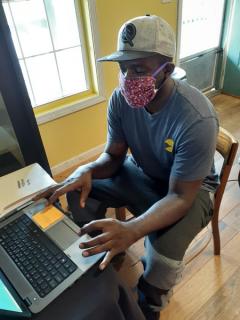 The Freedom Quilting Bee and Souls Grown Deep recently collaborated to provide internet access service to the community of Gee’s Bend and Alberta. This ensured they were able to interact with the IRS to check on and receive their stimulus payments. There are people who don’t realize they are eligible to receive this stimulus payment, and others who will not automatically receive it without providing the IRS with information. Souls Grown Deep (SGD), in its continuing commitment to the Alberta/Gee’s Bend community, supplied the laptops and personnel to make this access happen. Census 2020 completion was included in this project in an effort to increase participation in the census. 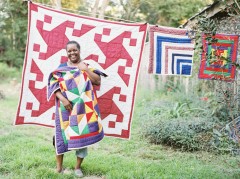 One of Boykin, Alabama’s storied Gee’s Bend quilters, Mary Margaret Pettway is an Alabama Humanities Foundation fellow and an instructor at the Black Belt Treasures Cultural Arts Center, and also serves as board chair of the Souls Grown Deep Foundation, a nonprofit dedicated to preserving and promoting African American artists in the South. Here, she shares more about the history and quilting culture of Gee’s Bend, in her own words. 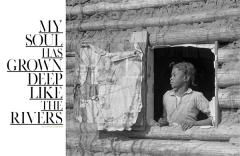 Down in the north-central section of Wilcox County, Alabama, sits a little parcel of land. Five miles wide, seven miles long, and surrounded by the Alabama River on three sides, this area is known as Gee’s Bend, population 275. An hour’s drive from the county seat of Camden, which is the closest source of food and medical services, the area is geographically cut off from the world. Mostly left to themselves for nearly 100 years, this close-knit historically all-black community’s folkways and traditions survived well into the twentieth century and stand as a symbol of their resourcefulness during a time of great duress. Art admirers from all over the world come to this patch of fertile soil in Alabama’s Black Belt to get a glimpse of the artistic legacy of four generations of Southern quilters.