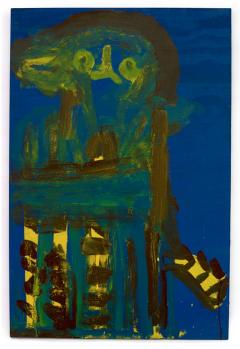 What Museums Are Doing to Collect More Work by Women Artists

Edward Hopper’s East Wind Over Weehawken (1934) was once one of just two paintings by the American realist in the Pennsylvania Academy of Fine Arts (PAFA)’s collection. So in 2013, when the museum announced that it would sell the quiet streetscape to create an endowment fund, criticism followed. But what was then labeled by some as a “deplorable deaccession” was actually a measure to rectify institutional biases. The museum has since used proceeds from that $36-million sale to enrich its collections, with half of the draw going towards contemporary acquisitions, and the rest split evenly between modern and historic acquisitions. The priority, according to director Brooke Davis Anderson, was and continues to be on collecting artists who have historically been marginalized. “We are trying to build a collection that tells a truthful history of American art,” Anderson said.

Over the years I must have been to dozens of exhibitions on black liberation. Some in Britain, some in Australia, some in the US and one in South Africa which had me in tears when I saw on display a “Free Mandela” sticker that I had designed for the Young Communist League in London in the 1960s. They were all about the politics and the campaigning but, this spring, the Turner Contemporary Gallery on Margate’s traditional seafront has an amazing exhibition that looks at this subject from a totally unique point of view. The exhibition looks at the way the various arts have reflected the amazing struggle of black people in the US’s southern states, particularly in the battle for civil rights. 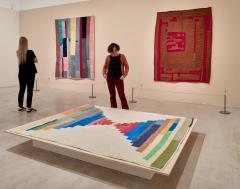 'We abstracted our experience — that is how we saved ourselves': emotional opening at Margate's show of African American art

An important exhibition opened at Turner Contemporary in Margate last week. We Will Walk: Art and Resistance in the American South is the first time the UK has seen a show devoted to African American art from the Deep South that was shaped by the American Civil Rights movement of the 1950s and 60s. It is long overdue.This art is born of resilience, ingenuity and indomitable human spirit, made by more than 20 artists who often worked on the margins, using whatever found or recycled materials they could lay their hands on. But while very specific to a time and a place, We Will Walk addresses issues of race, class and resistance that reverberate strongly throughout today’s world, whether in the American South or on England’s south coast. 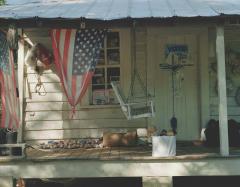 Hanging trees and hollering ghosts: the unsettling art of the American deep south

The quilters of Gee’s Bend make art out of recycled cloth. Lonnie Holley crafts sculptures out of car tyres and other human detritus. Self-taught luthier Freeman Vines carves guitars out of wood that came from a “hanging tree” once used to lynch black men. The “yard shows” of Dinah Young and Joe Minter are permanent exhibitions of their art – a cacophony of “scrap-iron elegies”. Almost all of this art comes from Alabama, and it all features in We Will Walk, Turner Contemporary’s groundbreaking new exhibition of African-American art from the southern state and its surroundings. 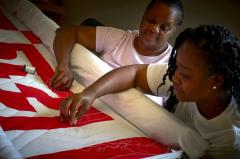 Souls Grown Deep (SGD) is planning to help revitalize Gee’s Bend, Alabama—the home of multiple generations of quiltmakers, many of which are represented in the organization’s collection. Established to promote the work of African American artists from the South, Souls Grown Deep has already succeeded in spotlighting the community, which consists of the towns of Boykin and Alberta, by fostering the acquisition of quilts and other works from artists in the region by major art museums in the United States—since 2014, the SGD has placed quilts by sixty-eight Gee’s Bend quilters into the permanent collections of twenty cultural institutions. 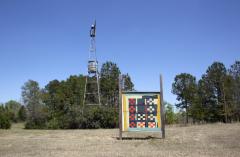 Can Gee’s Bend — the Tiny Alabama Community Behind America’s Most Dazzling Quilts — Become an Art Destination to Rival Marfa?

In a review of the Whitney Museum of American Art’s landmark 2002 exhibition of quilts from Gee’s Bend, New York Times critic Michael Kimmelman described the textiles as “some of the most miraculous works of modern art America has produced.” The quilts, he wrote, were “so eye-poppingly gorgeous that it’s hard to know how to begin to account for them. Since then, these dazzling geometric artworks have traveled around the globe, been reproduced on official US postage stamps, and become broadly recognized as an important part of American art history. But back in Gee’s Bend—the tiny Alabama hamlet formally known as Boykin that has nurtured three generations of quiltmakers—the impact of the quilts’ renown has been more subtle.

Souls Grown Deep (SGD) announced today that it is investing in five new initiatives to improve the quality of life in Gee’s Bend, Alabama. The region is home to multiple generations of quiltmakers, many of whom have work in the Souls Grown Deep Foundation’s collection or are represented in those of major museums around the country through SGD’s collections transfer program. Furthering SGD’s dedication to promoting racial and social justice and economic opportunity in the region, the five initiatives create new opportunities for the quiltmakers to achieve financial success, sponsor arts education programs for local teachers and students to engage with the distinct visual culture of the community, and contribute to fair representation in the 2020 census. 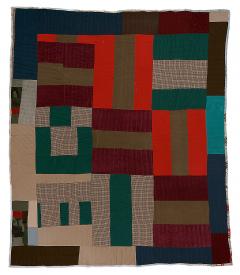 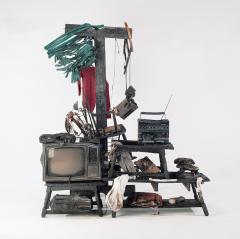 The Souls Grown Deep Foundation, the nonprofit which aims to strengthen the presence of African American artists from the southern United States in the collections of leading museums, has entered into acquisition/gift agreements with the Asheville Art Museum, North Carolina; the Henry Art Gallery, Seattle; and the Toledo Museum of Art, Ohio; as well as the Baltimore Museum of Art, pending board approval. 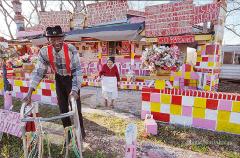 It all started with a promise. “He asked me would I marry him,” Margaret Rogers Dennis recounted years later of Reverend Herman Dan Dennis’s proposal to her in 1984. “I wasn’t exactly sure. But he said, ‘If you’ll marry me, I’ll turn your little old brown plank store into a palace.’” The reverend kept his promise. He turned the old run-of-the-mill grocery store that Margaret ran with her first husband, who was tragically killed in a robbery at the store, into a colorful mecca where “ALL IS WELCOME JEWS AND GENTILES.” Multiple towers made of cinder blocks painted red, blue, pink, and yellow decorate the property, and the main building itself — the grocery — is similarly painted in multicolored squares and rectangles. Many liken the overall effect of these geometric blocks of color to a religious “Lego fortress,” but it is also reminiscent of Mondrian’s distinctive color blocking—had he ever projected his patterns over an entire property rather than a single canvas, that is.