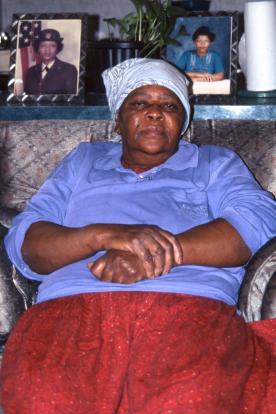 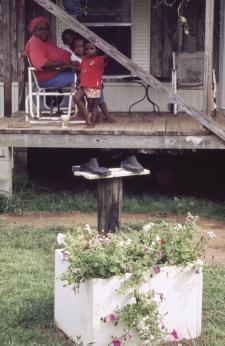 Flower box with Neadom Byrd's slippers on a pedestal 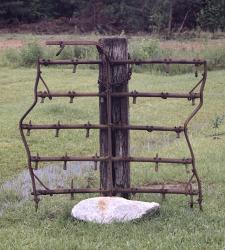 "They call that a 'section harrow.'"

"That was his 'middle buster'" 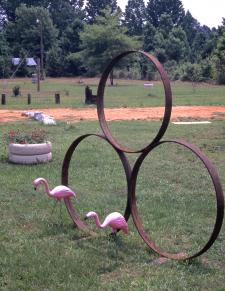 "They come off the wagon, a particular wagon which was my husband's wagon" 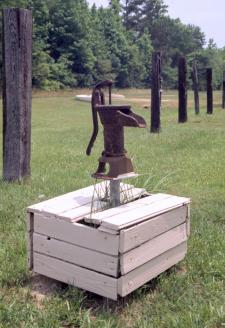 "For remembrance of what they had back in them times." 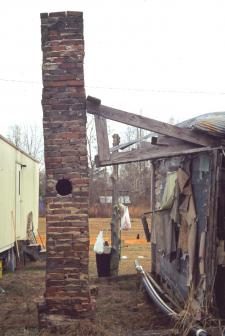 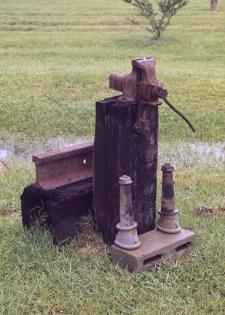 "Where I rearrange stuff from before now" 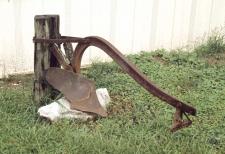 "I put some swans with my husband's cultivator"

"He would beat his sweeps out on this here iron." 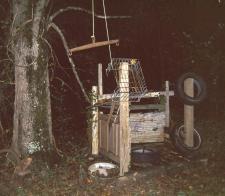 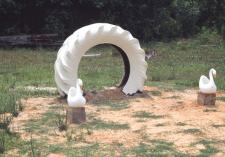