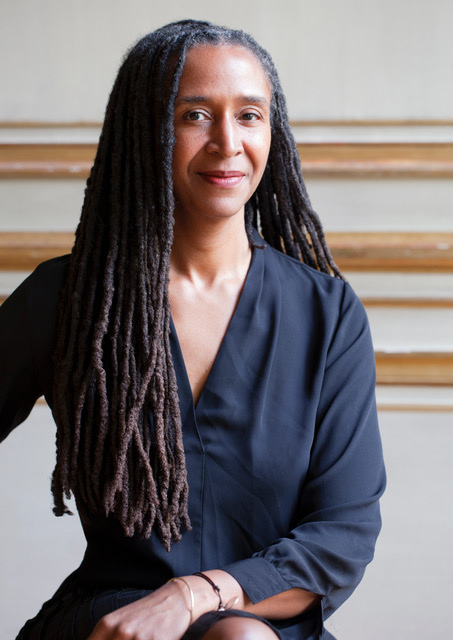 Maxwell L. Anderson, President of the Souls Grown Deep Foundation, today announced the appointment of Raina Lampkins-Fielder as Curator, effective February 13, 2019. Based in Paris, Lampkins-Fielder most recently served as Artistic Director and Curator at the Mona Bismarck American Center for Art (MBAC).

Dr. Anderson stated, in making the announcement: “The Souls Grown Deep Foundation remains committed to distributing the bulk of its collection to leading art museums over the next several years. With Raina’s appointment, we are broadening our mandate to include museums abroad alongside museums across North America, and to expand international awareness of the contributions of artists from the African American South.”

“Based in Paris, Raina will develop ties with museums throughout Europe while maintaining a regular presence in the United States,” Dr. Anderson continued. “We are excited to have Raina advance the reputation internationally of some 160 artists represented in the Foundation’s collection in multiple contexts, and bring her deep experience as a curator and educator to an emerging field.”

Souls Grown Deep Foundation is dedicated to documenting, preserving, and promoting the work of artists from the African-American South, and holds the foremost collection of works of African-American artists from the region. The Foundation continues to expand its mission beyond its program of transferring work by these artists into museum collections. In the last year, the Foundation has launched a grant program to fund internships for students of color at museums around the United States and is developing initiatives aimed at improving the socio-economic conditions of artists and their communities represented in the Foundation’s collection.

Raina Lampkins-Fielder has had a distinguished career as an art historian, museum educator, and curator of 20th century and contemporary American Art, with a particular focus on African American creative expression. While serving as the Whitney Museum of American Art’s Associate Director, Helena Rubinstein Chair of Education, she oversaw programming connected with the 2002-2003 exhibition “The Quilts of Gee’s Bend”. The quilts in that landmark exhibition are today in the collection of the Souls Grown Deep Foundation and, through the Foundation’s art transfer program, are now in the permanent collections of museums around the country, including The Metropolitan Museum of Art and Fine Arts Museums of San Francisco. She has long supported the exhibition and scholarly investigation of African American art and the reconsideration of prevailing narratives surrounding Black artistic production.

In her role at MBAC, Lampkins-Fielder re-envisioned the exhibition and educational program, established sustainable programmatic partnerships with museums and other cultural institutions nationally and internationally, enhanced the profile of MBAC in the field and in the media, and advanced cross-cultural communication between Europe and the United States through the arts.

Lampkins-Fielder previously served as Director, Academic Advising, for the Paris College of Art (formerly Parsons Paris School of Art + Design), overseeing the artistic and academic policies for an art and design undergraduate curriculum. Other past experience includes serving as Chair of the Museum Program for the New York State Council for the Arts; Manager of Public Programs, Film & Video at the Brooklyn Museum; Public Programming Associate at the New Museum of Contemporary Art in New York City; and Education Programs Coordinator at the Andy Warhol Museum in Pittsburgh, Pennsylvania. She has curated, produced, and participated in multiple exhibitions and projects, including an artistic collaboration with the sound project “Voix Publiques” during the Dakar Biennial in Senegal, and has served as Curator for L’AIR in Paris. She has appeared on BBC Radio, France24 Television, and BFM TV (France), has published numerous essays in the field and has served as lecturer and moderator for numerous universities and cultural institutions, the American Embassy in Paris, and conferences in the United States and Asia. Lampkins-Fielder received her B.A. in English Literature at Yale University, and an M.A. in the History of Art at Cambridge University, England, as a Mellon Fellow.

“I’m delighted to join the Souls Grown Deep Foundation as curator,” said Ms. Lampkins-Fielder. “The mission and commitment of the Foundation to enlarge the canon of art history to include artists of the African American South is both compelling and timely, and I look forward to building international collaborations in service of those goals.”