Souls Grown Deep Foundation is dedicated to documenting, preserving, and promoting the contributions of African American artists from the South, and the cultural traditions in which they are rooted. We advance our mission by advocating the contributions of these artists in the canon of American art history, accomplished through collection transfers, scholarship, exhibitions, education, public programs, and publications. The Foundation derives its name from a 1921 poem by Langston Hughes (1902-67) titled The Negro Speaks of Rivers, the last line of which is "My soul has grown deep like the rivers."

A vital resource for this genre, the Foundation’s holdings are extensive, with over 1,100 works by more than 160 artists, two-thirds of whom are women. Among the artists represented are Thornton Dial, Lonnie Holley, Mary T. Smith, Joe Minter, Nellie Mae Rowe, Purvis Young, Emmer Sewell, Ronald Lockett, Joe Light, and the quiltmakers of Gee’s Bend. The Foundation’s collection is an essential resource for students, scholars, and the public alike. 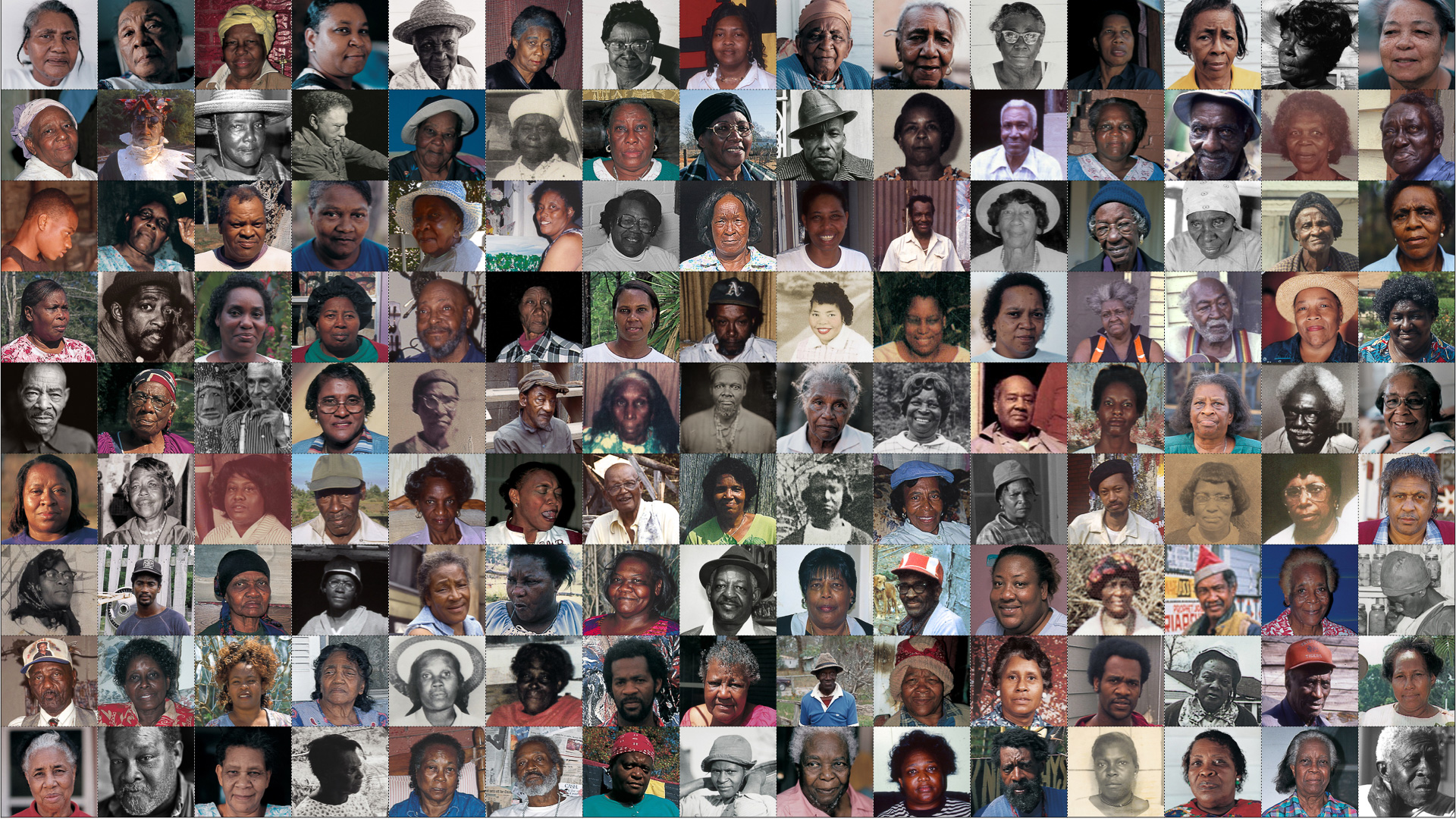 Ranging from large-scale assemblages to works on paper, the Foundation is particularly strong in works dating from the death of Martin Luther King, Jr. to the end of the twentieth century. The roots of these works can be traced to slave cemeteries and secluded woods. Following the Civil War, when the southern agrarian economy collapsed and rural African American sharecroppers and tenant farmers were forced to migrate for survival to major population centers—particularly in and around Birmingham, Alabama, where iron and steel production created jobs—a new and more public language of quilts, funerary, and yard arts arose. Beyond painting, sculpture, assemblage, drawing, and textile-making, this tradition also included music, dance, oral literature, informal theater, culinary arts, and more. Much like jazz musicians, the artists of this tradition reflect the rich, symbolic world of the black rural South through highly charged works that address a wide range of revelatory social and political subjects.

Our Goals in Grant-Making
The Foundation has limited funds for grant-making. The resources we have are directed to improving the social, cultural, and economic circumstances of communities giving rise to the artists represented in our Collection, and to supporting other institutions with common goals. We look to help expand effective programs or facilitate new strategic partnerships and collaborations that have the possibility of becoming sustainable.

Grant Recipients
We identify high-impact organizations that align with our interests and invite them to submit a proposal. Additionally, the Foundation reserves a portion of its funds to be allocated at the discretion of the trustees. Souls Grown Deep does not encourage unsolicited proposals.

Eligibility Requirements
To be eligible for funding, applicants must be non-profit organizations that are organized and operated for charitable purposes and recognized by the IRS as tax-exempt public charities under Sections 501(c)(3) and 509(a) of the Internal Revenue Code. Public educational institutions without an IRS determination letter may also be eligible to receive grants. We do not fund: individuals, government agencies, for-profit businesses, private foundations, organizations that do not have a Federal Tax ID number, or Project Related Investments (PRIs).

Selection Process
All invited proposals are reviewed by Foundation staff. Staff may contact applicants with questions and request more information before presenting a summary of each proposal and a funding recommendation to the board of trustees. Proposals are assessed based on:

In partnership with the Artists Rights Society, Souls Grown Deep is engaged in a multi-year campaign to secure intellectual property rights, including copyrights, rights of publicity or personality, and moral rights, for the artists in the Souls Grown Deep Foundation collection. ARS supports its member artists through licensing expertise, legal support, advocacy, and educational outreach.

Souls Grown Deep Foundation was founded in 2010, but traces its roots to the mid-1980s, when William S. Arnett, an art historian and collector, began to collect the artworks of largely undiscovered African American artists across nine southeastern states. Developed outside of the structure of schools, galleries, and museums, these rich yet largely unknown African American visual art traditions present a distinct post–Civil Rights phenomenon that offers powerful insight and fresh perspectives into the most compelling political and social issues of our time. The majority of the works and ephemeral documents held by the Foundation were compiled by Arnett and his sons over three decades, with the goal of creating a collection that could serve as a record and legacy of this culture. By the mid-1990s Arnett’s efforts culminated in an ambitious survey exhibition of this tradition titled Souls Grown Deep: African American Vernacular Art of the South, presented in conjunction with the 1996 Olympic Games in Atlanta and in partnership with the City of Atlanta and the Michael C. Carlos Museum of Emory University. The accompanying two-volume publication remains the most in-depth examination of the movement.